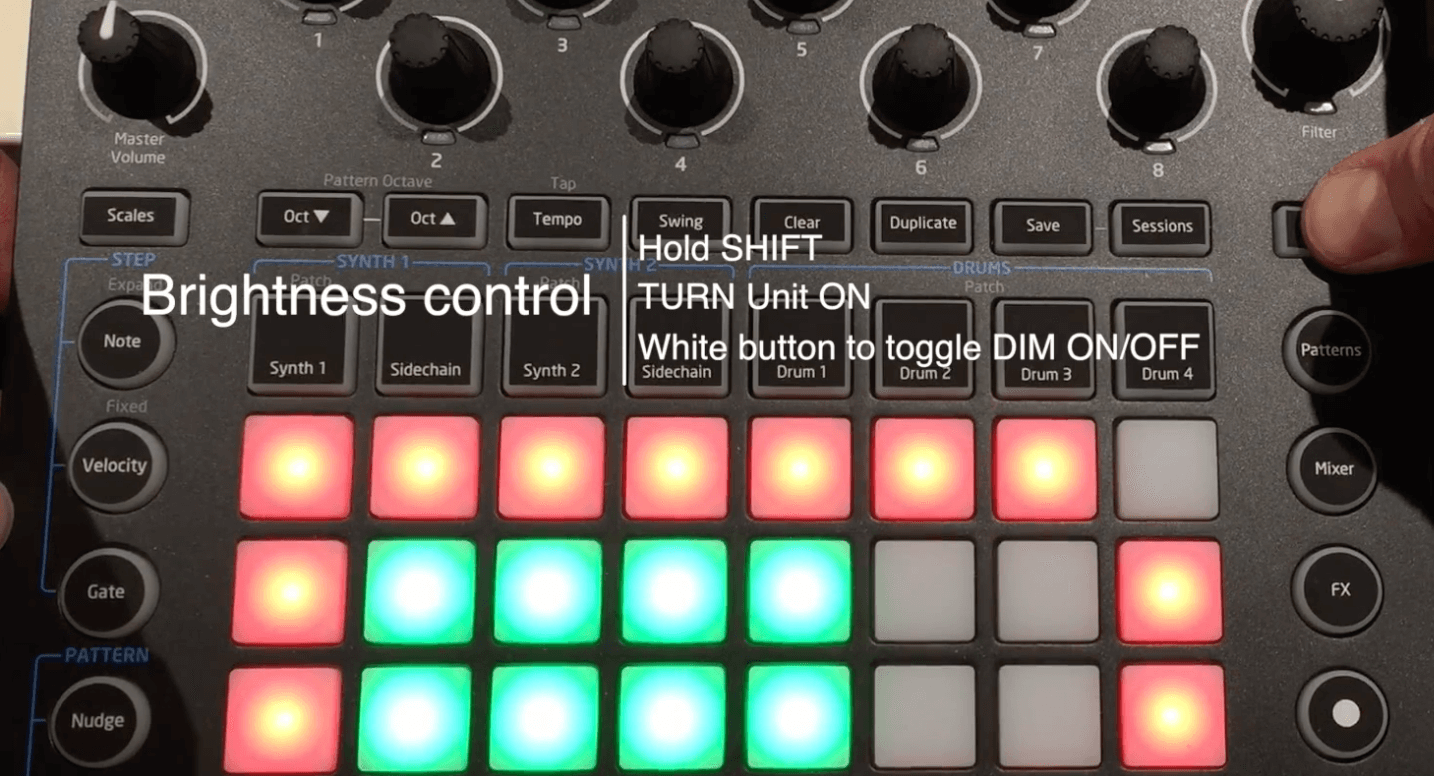 Novation Circuit : I didn’t want one when it came out. NOW I want one… Why?

Quick tour of the Novation Circuit

Novation has been supporting this device since it came out with a lot of firmware updates bringing new user requested features like:

Why I didn’t want a Circuit when it came out by now I do?

When the Circuit came out, I watched a lot of videos to get to know this little device. I was balancing the idea of a portable music creation station ( a long story of mine, it’s for another post). After I played with one at the store, I decided no to go with the Circuit but to buy a bigger iPad and concentrate on making music with mostly Korg Gadget. In the meantime Roland came out with the Boutique series (portable music) and I finally got a taste of a Korg Volca.

I knew it was a great moment in time for portable music making. But after making music with the Volca on vacation. I lived the limits of such a device (8 patterns, no song mode) Still needed a real sequencer. I started looking for the Korg Electribes and the AKAI MPC. But I use to be a real sample head in the 90 and early 2000’s, today I’m more into synthesis. The MPCs and Electribes seamed more aimed at sampling for my taste. So I kept at it with my iPad.

Last October, I talked with the Novation Rep in Canada and asked him if I could test out the Novation Peak for my YouTube channel. Nope. none available, “they are all back-ordered, I can get you something else for now”. I just instantly asked for the Novation Circuit. “You’ll have one next week.” So I have played with the Circuit for at least a month and a half. And I mean playing. This box is fun. The sequencer concept takes a little moment to grasp (at least for me) and then it simply playing (and I mean it like a game). The sounds are varied enough to please most electronic music makers. I soon found out that the 2 synths in the Circuits are full fledge NOVA Synths. Yes, the NOVA synths from Novation, great virtual analogues synths are repackaged inside the Circuit. For me it was the hallelujah moment i was looking for. Finally a sequencer with 2 real synths and drums.

It was the understanding from my first hands-on experience with the Circuit that led me to believe that the synths where limited with only 8 nameless knobs to play with. By digging more, I found that even Novation has been offering a downloadable PDF : Circuit | Programmers Reference Guide (includes MIDI Parameters Guide) with all the specific MIDI controllers for the internal synthesis parameters of the NOVA synths. I could make my own MIDI editor, if possible on my iPad and then have a replacement of my JP-8000 (Synthesis wise). I also found that Novation was offering a free download patch (Circuit TouchOSC BW.touchosc ) to run inside TouchOSC. That was good news. I would not need to make my own editor… Not really. The Novation/ TouchOSC patch editor is ok but it only give access to what is already on the Circuit panel. So I bought TouchOSC and decided to modify the Novation patch to suit my needs. Sadly TouchOSC doesn’t support enough type of MIDI messages to be able to control the entire range of controls that the NOVA synth possesses. Just enough parameters for the basic control, ok for quick editing not for deep synthesis.

Back to the web to search if someone had already a solution. And yes… Novation again. This time in partners with Isotonik Studios they made a Circuit editor for every parameter you can find. This is amazing. It’s exactly what I was trying to do. And it’s free. There is also a Pro version for separate screens and randomize features … for lest that 20$.

So today using the Isotonik editor, I can create the sounds I like, save them inside the Circuit memory. Then using the online Novation editor, I can make a backup of my pack . But it all needs a computer. So now I’m thinking on making a simple editor in TouchOSC for basic sound design to use when needed.

NOW  I’m really having a lot of fun making music with the novation circuit. … Stay tuned.