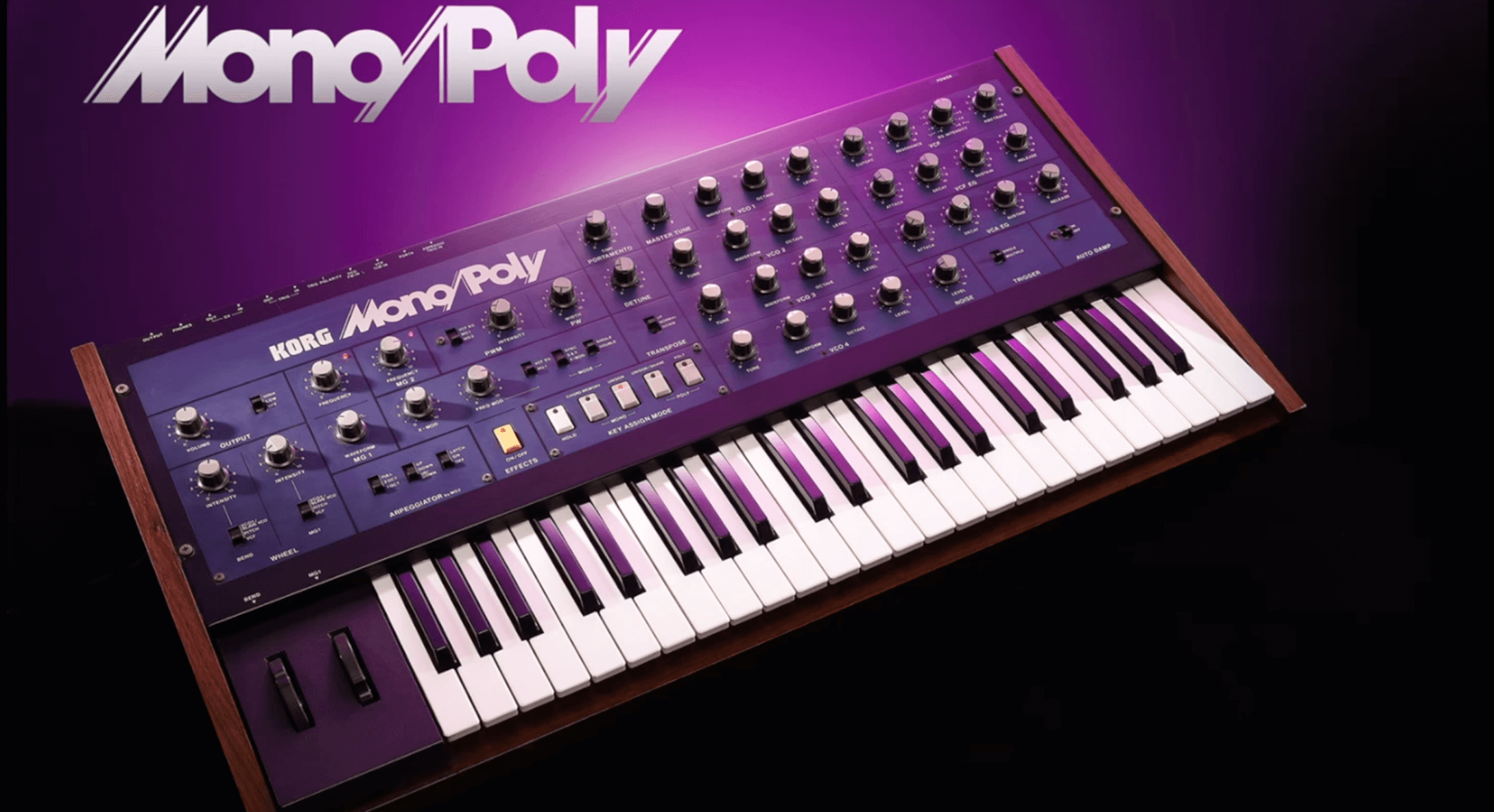 This week, Korg came out with the iApp iMono/Poly for the iPad. And if you know me, you know I’m using Korg Gadget in a massive way. My EP “The mobile sessions of Nu-Trix” was entirely created using Gadget on my iPad and mixed in Auria Pro….

So, when Korg came out with the iMono/Poly for Gadget, I bought it. I originally thought it was the same thing as the Korg iPolySix. But after searching a little bit, I found it was actually a different synth.  Let me share with you the fruit of my research ( read the post or jump to the end for the VIDEOS!)

A lot of analogue synths of great quality came out in the early 80’s, the Korg PolySix and Mono/Poly are part of that wave. Even if the comparison to the originals is tempting for now we will limits ourselves to the iPad versions: the iPolysix and iMono/Poly

The Mono/Poly is Korg’s four-VCO monophonic/polyphonic synthesizer that went on sale in 1981 and was considered the culmination of Korg’s experience building analog synthesizers. It was released at the same time as the Polysix, and because of their capabilities as well as their price, these two instruments caused a revolution in the synthesizer world. Many musicians acclaimed the Mono/Poly as Korg’s best synthesizer yet, with a number of unique characteristics. It provided four VCOs, each providing adjustable pitch, waveform, octave, and level, which could be stacked together for massive sounds, or cycled through one at a time for constantly shifting timbres. Together with one VCF, one VCA, two EGs, and two MGs it provided a powerful yet accessible programming structure. But by far, its most signature characteristic was the Synchro and Cross Modulation functions that could run dual, or four-way cascaded modulation routings for creating revolutionary and aggressive tonal effects. It also featured the same futuristic Chord Memory and Arpeggiator functions as the Polysix. This diversity of parameters could be used to create an incredible universe of sounds ranging from thick and rich to sound-effect-like.

The Polysix programmable six-voice polyphonic analog synthesizer was introduced in 1981. With a surprisingly full-sounding voice structure, chorus/phase/ensemble effects and performance functions such as chord memory, arpeggiator, and unison the Polysix became a world-wide hit. Its distinctive string and pad sounds are often heard to this day. Korg’s Polysix, a six-voice analog polyphonic synthesizer, went on sale in 1981. While a popular synthesizer of that time was able to produce only five notes simultaneously, the Polysix had six-note polyphony, and its name was an expression of its designers’ pride. Today, functionality such as sound memories and built-in effects such as phase/chorus/ensemble are taken for granted, but at the time they were cutting-edge features that made the Polysix an instant best-seller around the world. iPolysix uses Korg’s proprietary “CMT” (Component Modeling Technology) to simulate the actual electronic circuits of the original unit, perfectly reproducing the original Polysix including its distinctively deep and rich pad sounds. Not content to rest with providing a faithful replication, iPolysix has also been extended with music production functionality and painstakingly tuned to be the most powerful Polysix in history. Its highly refined synthesis structure also makes this an ideal instrument for those who want to start learning about synthesizers.

The iPolySix is a self sufficient beat maker offering the possibility to create a song with 2 melodic synths and 6 drums synths. On the synthesis side the iPolySix is a very simple synth. Efficient yes, good sounding, yes, but simple compare to the iMono/Poly that has 4 oscillators plus a VCF envelope and a dedicated Amplitude envelope. The iPolySix song can be rendered to a stereo file. When using the iMono/Poly in Gadget the song can be exported as rendered audio clips in an Ableton Live session file. It is very easy to continue the process in Ableton Live.

Check out the videos