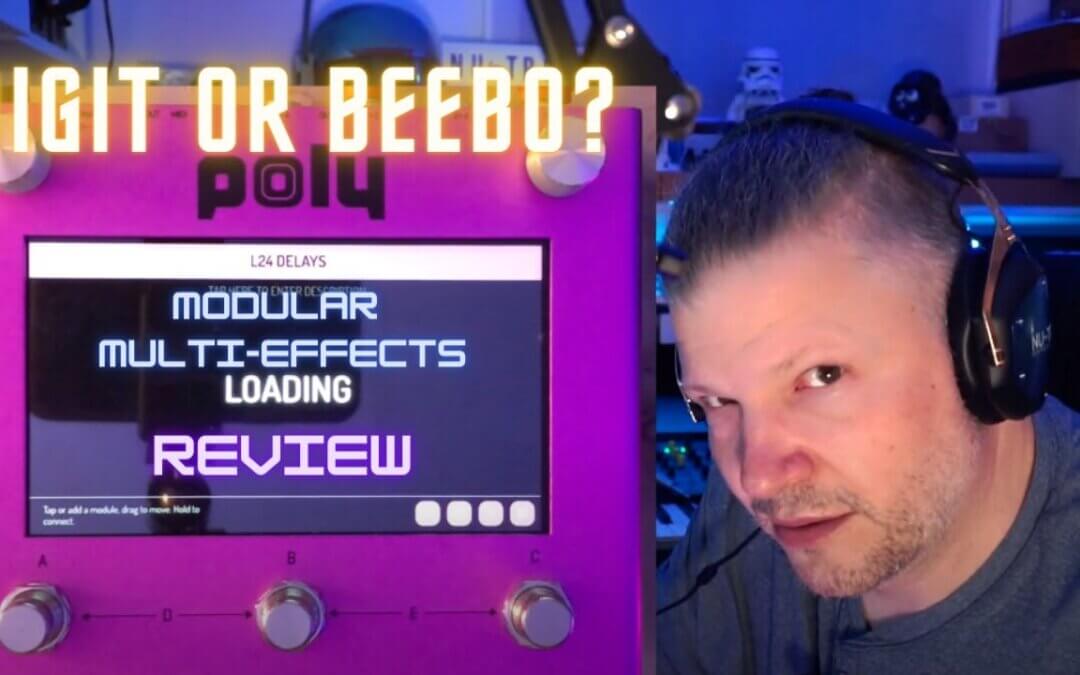 Poly Effects have the DIGIT and the BEEBO. Originally these had different features and software running them. Now, they both are running the same software. BEEBO is blue and DIGIT pink. They have the same hardware : a touch screen, 4 audio inputs, 4 audio outputs, MIDI in and out, and an amazing modular quad multi effects. But it goes beyond the effects modules. It also a very powerful modular synth.

Convolution reverb allows you to capture a real space. It has become the dominant technology for studio reverb but it’s very high CPU requirements have restricted its use in hardware before. With Beebo it’s now possible. You can easily capture a space or a vintage reverb tank you like the sound of or download one of the thousands online. You can then accurately have the sound of famous studios, concert halls, deep caves, your own bathroom or giant plate reverbs. You can also use convolution in creative ways by loading non-reverb sounds.

You can make the foot switches change a value, or connect up parameters to a random source, an LFO or an envelope follower. Modules that generate control signals can be controlled too, which is the power of a modular workflow. For example, If you don’t get everything you want out of the built in chorus or flanger modules you can build your own by adding a few delay modules and modulating them.

You can also send control signals out as MIDI CC to control other pedals. Beebo plays well with others and It’s easy to share presets, just plug in a usb flash drive and export or import them.

The MIDI to V/oct module allows you to drive the synthesis modules from MIDI note input.