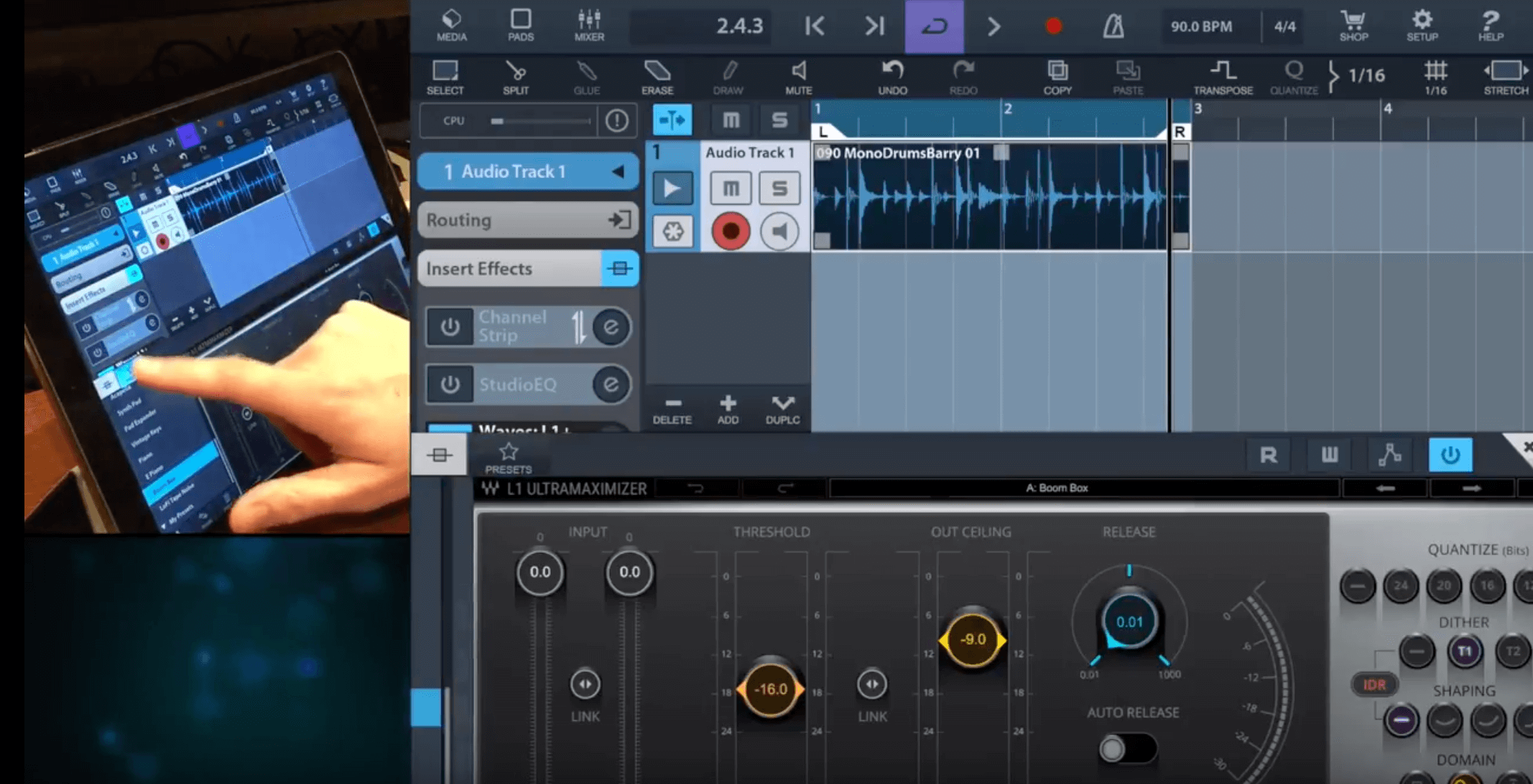 Have you ever wish you had a Waves Plugin in your iPad to help mix your songs? Now you can! Cubasis 2.3 brings 3 Waves Plugins to the iPad as well as support to AU automation. Cubasis was already a powerful mobile DAW for the iPad. With this update it keeps its value in your music production iPad. Most of the updates are link to the effects  (WAVES, Audio Unit automation, Presets.) Still, I never expected to see (or hear ) Waves plugin on iPad! Check out the videos to hear them. (I had a problem with the sound of these videos… they are mono only … sorry!