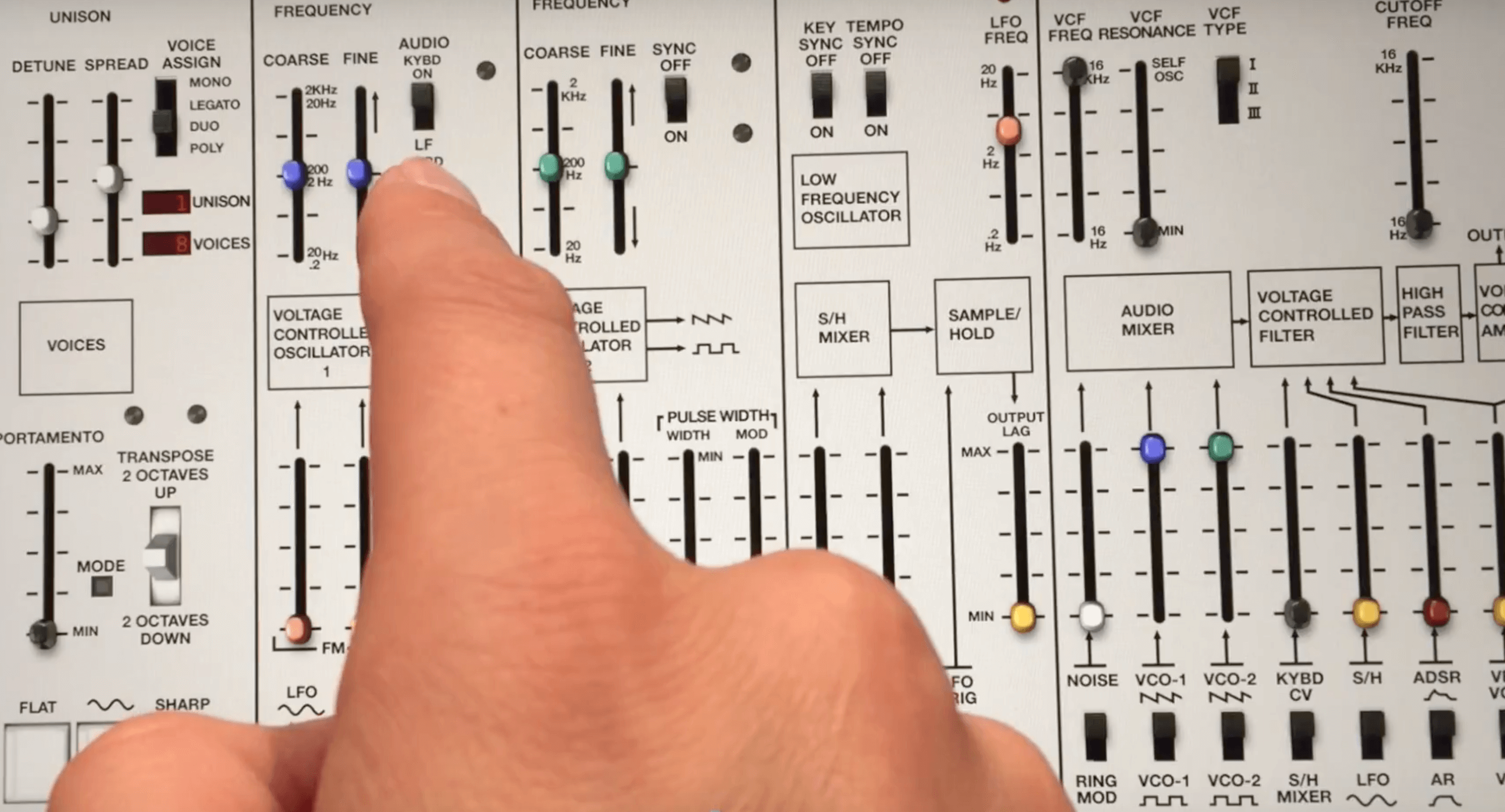 Of course the price is surprising. It’s hard to get your hands on any synth under 100$, let alone a vintage classic. But in this day and age of virtual synth it’s possible to get a piece of the vintage synth action for a fraction of the price. I will not open the Pandora’s box of “ It sounds exactly the same as the original”. Some will say that even two analogue devices don’t sound the same because of their analogue nature and years of use. But honestly when I see these devices, I see affordable access to great synth. For me, they don’t need to be exact replica, they need to offer great synthesis power for the money.

Let’s go back to the Korg ARP Odyssey. The original ARP Odyssey (Mk I) was produced between 1972 to 1975 with a 2-Pole VCF (model 4023), most of them where the famous white-face Odyssey. The MK II (black and gold), introduced a lot of improvements to make it more reliable but the most noticeable was the new filter : a 4-poles VCF (model 4035, the most sought after version) that was close to the design of Moog.. so much that they redesign it to be more different (model 4075). The MK III (black and orange) was produced from 1978-1981.

Korg reissue the ARP Odyssey in many versions:

No, it’s not that I’m cheap, it’s simply that if I can get the same algorithm in my iPad then the Korg reissue Arp Odyssey Module…. Well, my wallet decides.

What is cool about the Korg Arp Odyssei for the iPad, is the fact that it includes 3 versions of the filter has well as stuff not included in the original like:

By default, the MK III orange and black face is the available synth in Odyssei. It’s possible to buy the Rev I white face and Rev II black and gold face as part of sound banks. Even if you don’t buy the sound banks you always have access to the 3 types of filter.

In the synth window, we find the replicat of the Arp Odyssey with a couple of extra features only available in the virtual version. Two of them are notable : the choice of 3 type of filters and the possibility of up to 8 voices of polyphony. Check out the video for the walkthrough of the synth window.

The arpeggiator and effects window

The second windows offer features that were not in the original Odyssey. And super powerful arpeggiator that is almost a step sequencer with the notes control and 3 assignable controllers. It’s a shame that the arpeggiator doesn’t exist in the gadget version inside Korg’s Gadget. The effect are nice and smooth. They really have that vintage sound. We have access to a  distortion, a phaser, a chorus flanger ensemble, an EQ, a delay and a reverb.